Beware of the BBC!

Noughts + Crosses follows two young people Sephy and Callum, who are divided by their colour but united by love. Sephy is a ‘Cross’, a member of the black ruling class and daughter of a prominent politician. Callum is a ‘Nought’, a white member of the underclass. The two have been friends since early childhood but their relationship grows ever more complicated as they come of age. It’s the story of two families separated by power and prejudice but forever entwined by fate. 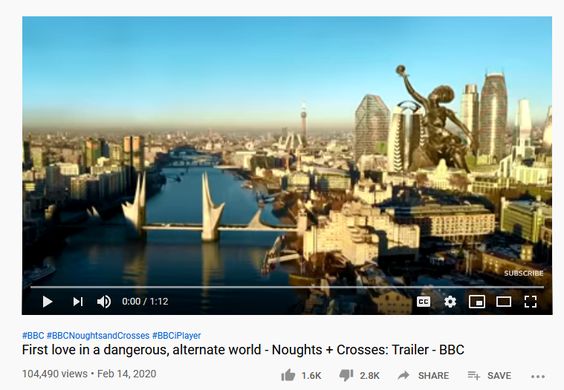 Thanks to Wayland Smith

200,000 homes ditch their BBC TV licences in a year prompting funding crisis at the corporation as No10 says it wants Netflix-style subscription system